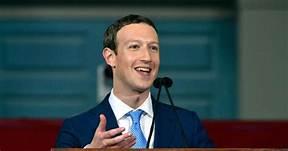 Mark Zuckerberg will answer questions about the Cambridge Analytica Scandal

Facebook chief Mark Zuckerberg has agreed to meet with European Parliament members behind-closed-doors to answer questions in the wake of the Cambridge Analytica scandal.

The meeting would take place probably next week.

The meeting with the parliament's most senior deputies will anger European lawmakers who were hoping to give Zuckerberg a grilling similar to the 10-hour one he received in the US Congress last month.

Facebook admitted earlier this month that up to 87 million users may have had their data hijacked by British consultancy Cambridge Analytica, which worked for the US president Donald Trump during his 2016 campaign.

The EU's General Data Protection Regulation (GDPR), which comes into effect on May 25, aims to give users more control over how their personal information is stored and used online, with big fines for firms that break the rules.