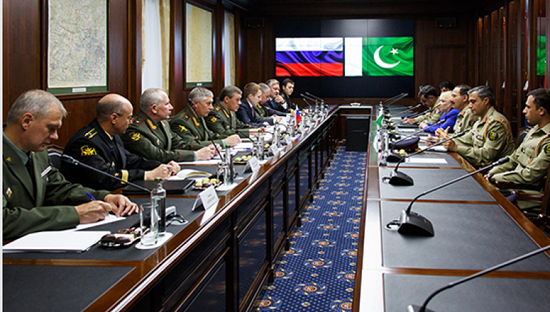 The Pakistani army has said that a detachment of the Russian army has reached here to take part in the third edition of a joint bilateral military training exercise.

The units of Russian and Pakistani Defense Forces are doing joint exercises in the training range of the National Terrorism Center in Pabby City, Khyber Pakhtunkhwa province of Pakistan. More than 70 soldiers from Russia's Southern Military District are participating in this.

The troops of both countries will exercise at the height of 1400 meters from sea level. The Pakistani army said that the third practice is part of Pakistan-Russia bilateral training cooperation.