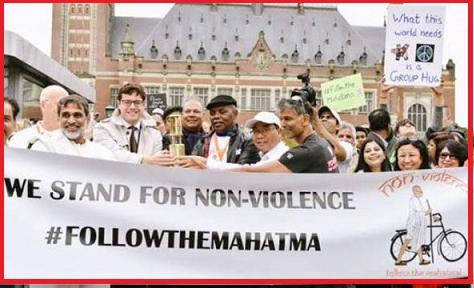 India will organise 'Gandhi March' from the iconic Peace Palace at the Hague to Grote Kerk to launch the two-year long celebrations of the 150th birth anniversary of Mahatma Gandhi.

According to a statement issued by the Indian Embassy in Hague, the 'Gandhi March' is expected to see the participation of people of all nationalities and around 20 ambassadors from different countries.

On the occasion of Gandhi Jayanti on October 2, marked as International Day of Non-Violence, five other events will be held in The Hague, Amsterdam, Utrecht, and Zoetermeer.