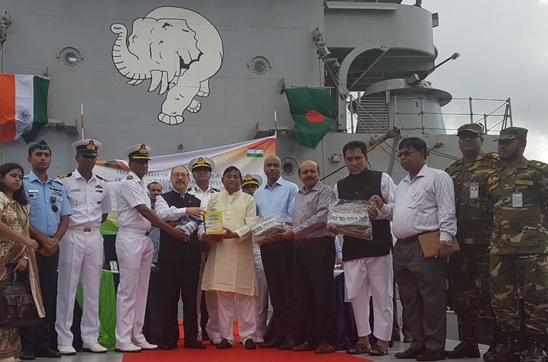 India has dispatched its 2nd relief consignment under Operation Insaniyat to help tens of thousands of dislodged Rohingya Muslims in Bangladesh who fled Myanmar following a military crackdown in Rakhine state.

India’s second relief consignment is in view of specific needs of a large number of Rohingya women and children living in camps and onset of monsoon.

India will soon send another tranche containing 1 million liters of kerosene oil and 20,000 cooking stoves under the Operation Insaniyat.

India earlier in December 2017, had announced development assistance of US $25 million for Rakhine state in order to re-establish Rohingya Muslims.

India in its first initiative had also sent relief materials for 300,000 Rohingyas in September 2017 under ‘Operation Insaniyat’ to support Bangladesh in its humanitarian efforts.