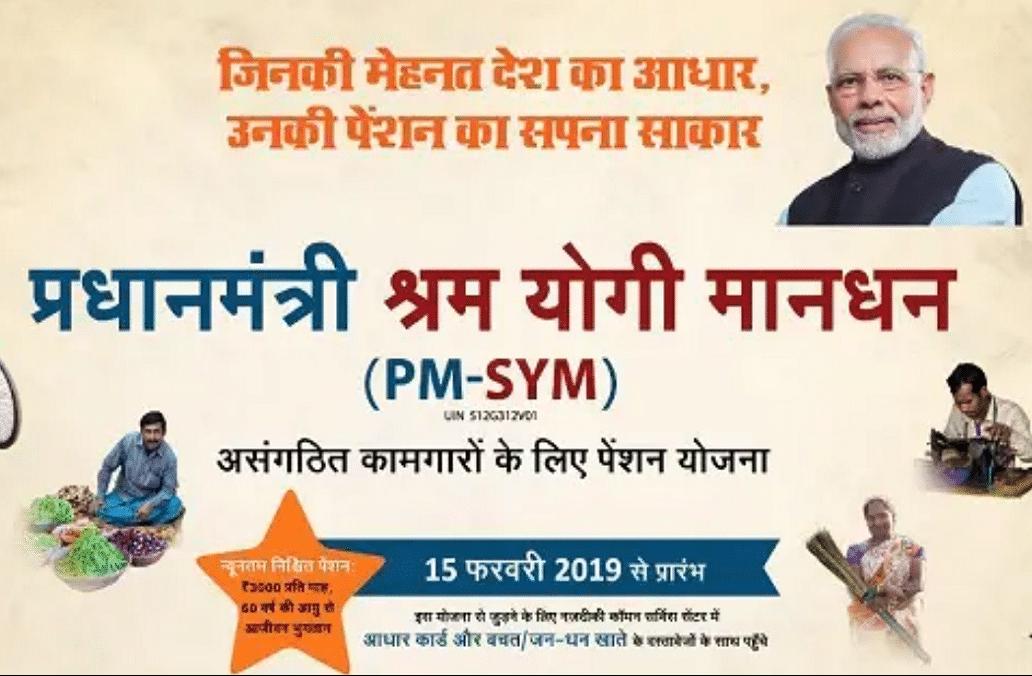 The government of India has launched a scheme under which the beneficiary will get 3000 rupees per month as pension in their old age.

Who will get these Benefits :

Many of the Common Service Centers(CSC) will register the beneficiary. Unorganized employees will visit their nearest CSC with their passbook / Jandhan account on Aadhar Card and Savings Bank and register for the Scheme. The first month's donation payment is paid in cash for which a receipt is issued.

If any beneficiary wants to exit the scheme and wants to return back his/her money, then following are the rules for Exit and withdrawal:-

To address any grievances related to the scheme, subscriber can contact at customer care number 1800 267 6888 which will be available on 24*7 basis(to be effective from 15 Febraury 2019). Web portal/ app will also have the facility for registering the complaints.

PM-SYM will be a Central Sector Scheme administered by the Ministry of Labour and Employment and implemented through Life Insurance Corporation of India and CSC eGovernance Services India Limited (CSC SPV). LIC will be the Pension Fund Manager and responsible for Pension pay out.