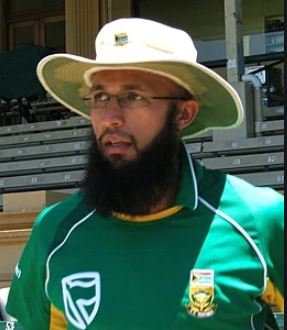 Hashim Amla served as the captain of South Africa’s Test team from June 2014 to January 2016.

Hashim Amla made his Test debut in November 2004 against India, ODIs debut on March 2008 against Bangladesh and T20Is debut in January 2009 against Australia.

Hashim Amla is the only South African cricketer to score a triple century in a Test match and holds the record of highest test score by a South African with 311 runs not out in a test match against England at the Oval in London in 2012.

On 8th August 2019, Hashim Amla announced retirement from all formats of ICC cricket except domestic and country leagues matches.