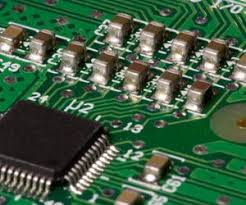 The initial prototype of 300 chips have been named 'RISECREEK' and have been fabricated at Intel’s facility at Oregon, the US for free to run Linux operating system.

Project Shakti was started in 2014 as IIT-M initiative and part of it is funded by Ministry of Electronics and Information Technology.

RISECREEK Microprocessors design is open source and can be adapted by others. They optimise power use and compete with international units such as Cortex A5 from Advanced RISC Machines (ARM).

RISECREEK Microprocessors have better performance in terms of DMIPS per megahertz rating than A5 and score of 1.68 against competition’s 1.57.

RISECREEK Microprocessors industry-grade microprocessors can operate at a frequency of 350 MHz, thus meets demands of defence and strategic equipment of countries such as NAVIC (Indian Regional Navigation Satellite) and the Internet of Things (IoT) electronics. These processors can also be tapped for future efforts in semiconductors.

Indias first Microprocessor Shakti, Made by  ...