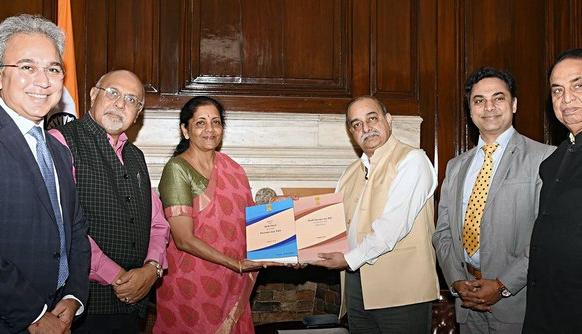 The 'Task Force for drafting a New Direct Tax Legislation' submitted its report and a draft of the new proposed version of the Income-tax Law to Finance Minister Nirmala Sitharaman.

Income Tax Returns 'ITR' Filing Benefits When the income of...

The panel of the finance ministry in which panel convenor Ak...

CBDT: Father's name on PAN Card is not necessary

The CBDT (Central Board of Direct Taxes) announce Father's N...

Income Tax: Notice To Unaccounted Cash Depositors In The Ben...

Alternate identity documents can help to have services under...