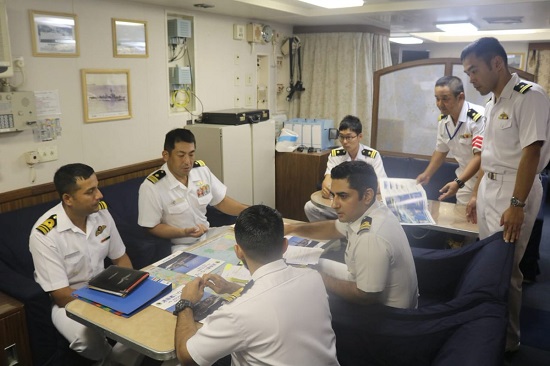 To participate in this manoeuvres, ships of Japanese Marine self-defence forces, Kaga and Injuma, have arrived in Visakhapatnam in Andhra Pradesh. It is the third edition of the Japan-India Marine Exercise (JIMEX), along with ships of Eastern Navy's fleet of ships.

The Kaga Izamo class helicopter is a destroyer, while Injuma is a guided missile destroyer. Both of them are participating in the exercise under the rear Admiral Tatasuya Fukada, Commander of Escott Flotilla-4.

In addition, a submarine, a P8I long-range marine patrol aircraft and many helicopters are also participating in movements. Indian Navy is being represented by indigenously designed and manufactured warships and a fleet tanker.