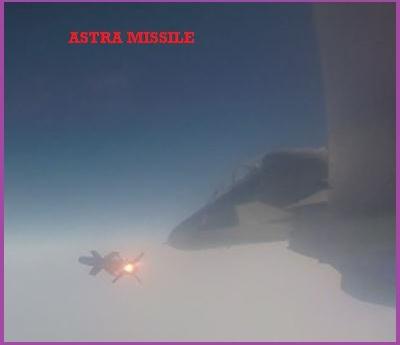 The ASTRA missile flight test presumes significance as it was part of the series of final pre-induction trials. In the series of trials held till date, Astra missile has been launched in complete Su-30 flight envelope. Hindustan Aeronautics Limited played a role in modifying the aircraft for weapon integration.

So far, Astra missile is the best in class weapon system and has undergone more than twenty developmental trials. It has been developed by Defence Research and Development Organisation (DRDO).

The final development Flight Trials of Astra were successfully conducted in September last year, the sources said adding a total of seven trials were conducted against pilotless target aircraft successfully from September 11 to 14, 2017