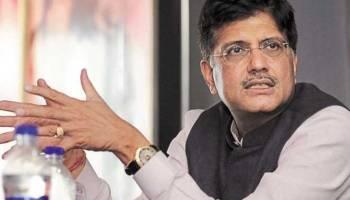 Union Minister Piyush Goyal has announced that Indian Railway would be working with the Indian Space Research Organization (ISRO).

Railway working along with RailTel together to explore the use of space technology for safety in railway.

This Modern technology like artificial intelligence and machine learning for Indian railway safety would affect a chance in the working environment.

India has the opportunity to look at what is latest across the world which bring it to the country.

* Railtel to look at a programme to connect thousands of railway stations with wi-fi.

* It would also be providing the villages round railway station with wi-fi connectivity and get rural India connected with new age technology.

* It gives some kind of opportunity that our children in cities are enjoying.

* Round the clock access to connectivity and electricity is the dream of billions of Indians and the government is making efforts to achieve it.