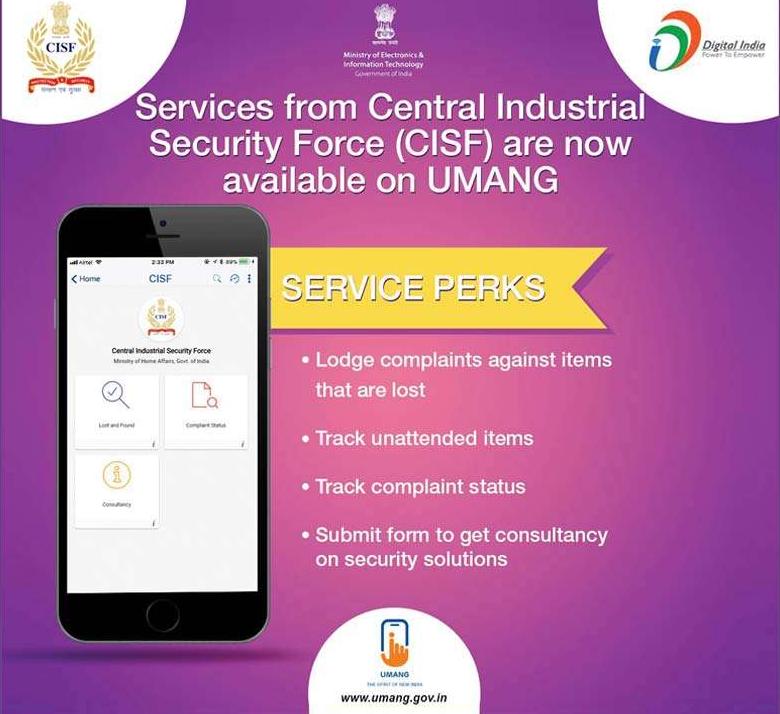 The Central Industrial Security Force (CISF) has launched it's 'Lost and Found’ Mobile App for passengers at 59 airports across India on 16th March 2018 in New Delhi.

The UMANG mobile app can be downloaded from the website of Ministry of Information and Technology.

The UMANG mobile app can be utilised with three facilities which include Lost and Found items at airports, Tracking complaints or request status and Technical consultancy in Security & Fire services.

The UMANG mobile app important feature is that the passengers can directly register complaints and get status of their complaint immediately from the airports under our security cover.

The CISF, which guards 59 civil airports of India earlier, in the year 2015, had launched a lost and found section on its website to trace and restore articles left behind by travelers at airports across India.