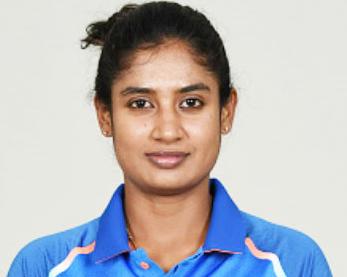 Mithali was born on 3 December 1982 in Jodhpur to Dorai Raj and Leela Raj. She was born to a Tamil family. Her family includes her father, Dorai Raj who was an officer in the Indian Air Force.

Mithali is the first captain to lead India to ICC ODI World Cup final twice- first in 2005 and then in 2017. She is the recipient of the Padma Shri award of 2015.

Presently Mithali is the highest run-scorer in women's ODIs. She has amassed 6190 runs. Currently, she is the captain of the Indian Women's Cricket team.

Mithali Raj was awarded the prestigious Arjuna Award in 2003 by the Government of India for her outstanding achievement in sports.

Mithali Raj was also awarded the Padma Shri, the fourth highest civilian award in the Republic of India in the year 2015.