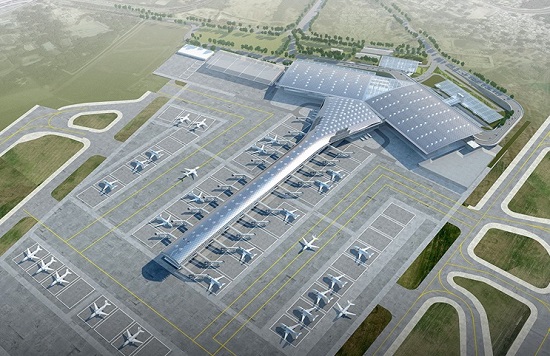 According to the report of International Airport Council, in 2017, Delhi's Indira Gandhi International (IGI) Airport was carrying an impressive 6.34 million passengers, making it the 16th busiest airport in the world.

In terms of a number of passengers, IGI Airport has made it to the 16th position in the list of top 20 busy airports.

According to the report, the movement of 14% more passengers than last year and rose from 22nd in 2016 to 16th position.

It was also reported in the report that India is the fastest growing aviation market in the world.
The report said that Atlas Huthersfield Jackson Airport, with 10.39 million passengers, was the world's busiest airport in the past year.

After this, Beijing Airport was in second place with the traffic of 9.58 million passengers.

Airport Council International is an association of Airports around the world which is currently working with 641 members. It covers 1953 airports and 176 countries. It has been reported in the report that in the year 2017, there has been an increase of 5.2% in the number of passengers travelling in the world.

Its aim is to provide the public with safe, efficient and environmentally well-equipped facilities with the air transport system. ACI air service ranking the airports around the world every year on the basis of quality.