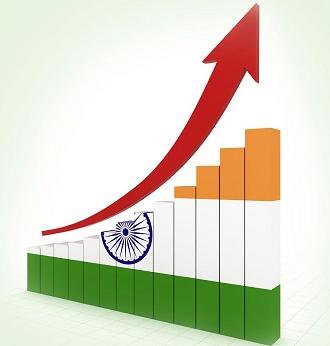 According to the recent data report by the World Bank on the gross domestic product (GDP) of countries for 2017, India overtook France to become the world’s 6th largest economy.

According to the World Bank's data, Top 7 Countries as reported are:

According to the World Bank's data, India's GDP has been a result of the good performances in the manufacturing sector driven by increased consumer spending.

Impression: In totality, India’s economy has shown a rapid progress, doubling its GDP in less than past 10 years and positioning India as the engine of economic growth in Asia at a time when the Chinese economy is shown definite signs of lethargy