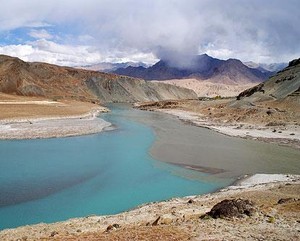 India has full control over three eastern rivers Beas, Ravi and Sutlej. India consumes water of these rivers before letting it to cross the borders.

IWT allows India to utilize 20% of Indus river water for it's irrigation, transport and power generation rest should be free for flow to Pakistan territory.

India & Pakistan agrees to tours on both sides of Indus ...

About Indus Waters Treaty 'IWT' between India and Pakistan: ...

India and Pakistan hold high-level talk in Washington over I...