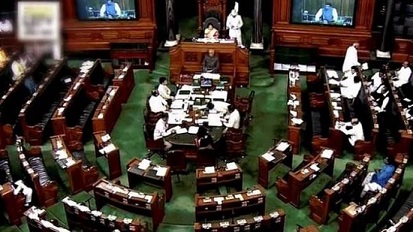 The Bill clears that the investigating officer will not require the approval of any authority for the arrest of an accused. A preliminary inquiry will not be required for the registration of a First Information Report against a person accused under the Act.

The SC/ST Act 1989 states that persons accused of committing an offence under the Act cannot apply for anticipatory bail.  The Bill seeks to clarify that this provision will apply despite any judgments or orders of a court that provide otherwise.

The Bill was introduced in Lok Sabha by the Minister for Social Justice and Empowerment, Thaawar Chand Gehlot on 3rd August 2018.

It prohibits commission of offenses against members of SCs/STs and establishes special courts for trial of such offenses and rehabilitation of victims.

In 2018, the Supreme Court had expressed concern over misuse of Act and ruled against the automatic arrest of booking of accused under this law.

It also had introduced the provision of anticipatory bail. It had stated that for persons accused of committing an offense under Act, approval of Senior Superintendent of Police (SSP) will be required before an arrest is made.  Further, Deputy Superintendent of Police (DySP) may conduct the preliminary inquiry to find out whether there is a prima facie case under Act.