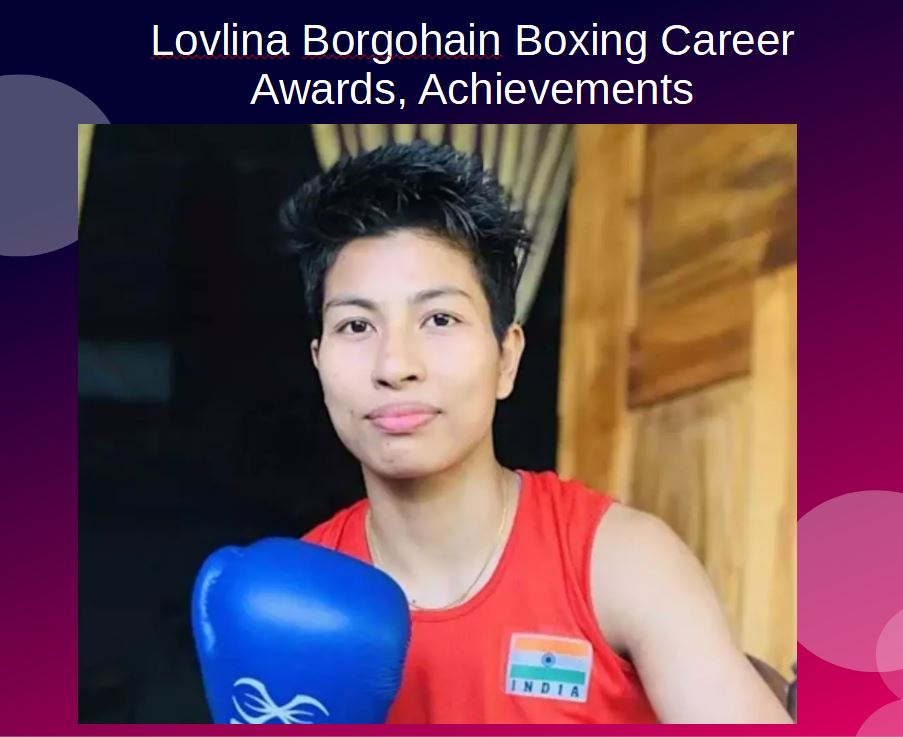 Lovlina Borgohain is an Indian Boxer and an Olympic medal winner. She won a bronze medal at the 2020 Summer Olympics (Tokyo) in the women’s welterweight event, becoming only the third Indian boxer to win a medal at the Olympics.

Borgohain was born on 2 October 1997 and hails from the Golaghat District of Assam.

Her parents are Tiken and Mamoni Borgohain. Her elder twin sisters Licha and Lima also competed at the national level at kickboxing but did not pursue it beyond that.

Lovlina too started her career as a kickboxer but switched to boxing later when she found the opportunity to do so.

She was noticed and selected by renowned Coach Padum Chandra Bodo at the SAI STCC Guwahati in 22012 to learn the basics of boxing and to achieve excellence in boxing.

Borgohain’s Career’s biggest break came when she was selected to participate in the 2018 Commonwealth Games welterweight boxing category and she lost to Sandy Ryan from the UK in the quarterfinals.