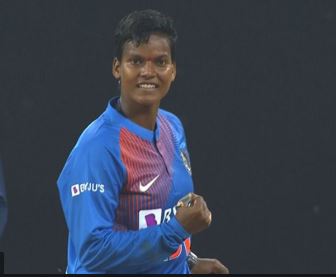 Deepti Sharma ended with figures of 4/8 with three of the four overs maiden in India’s first T20I against South Africa in Surat. Sharma’s record bowling figures lead India to victory.

It is for the first-ever time than an Indian cricketer has bowled these many maidens in a T20I match.