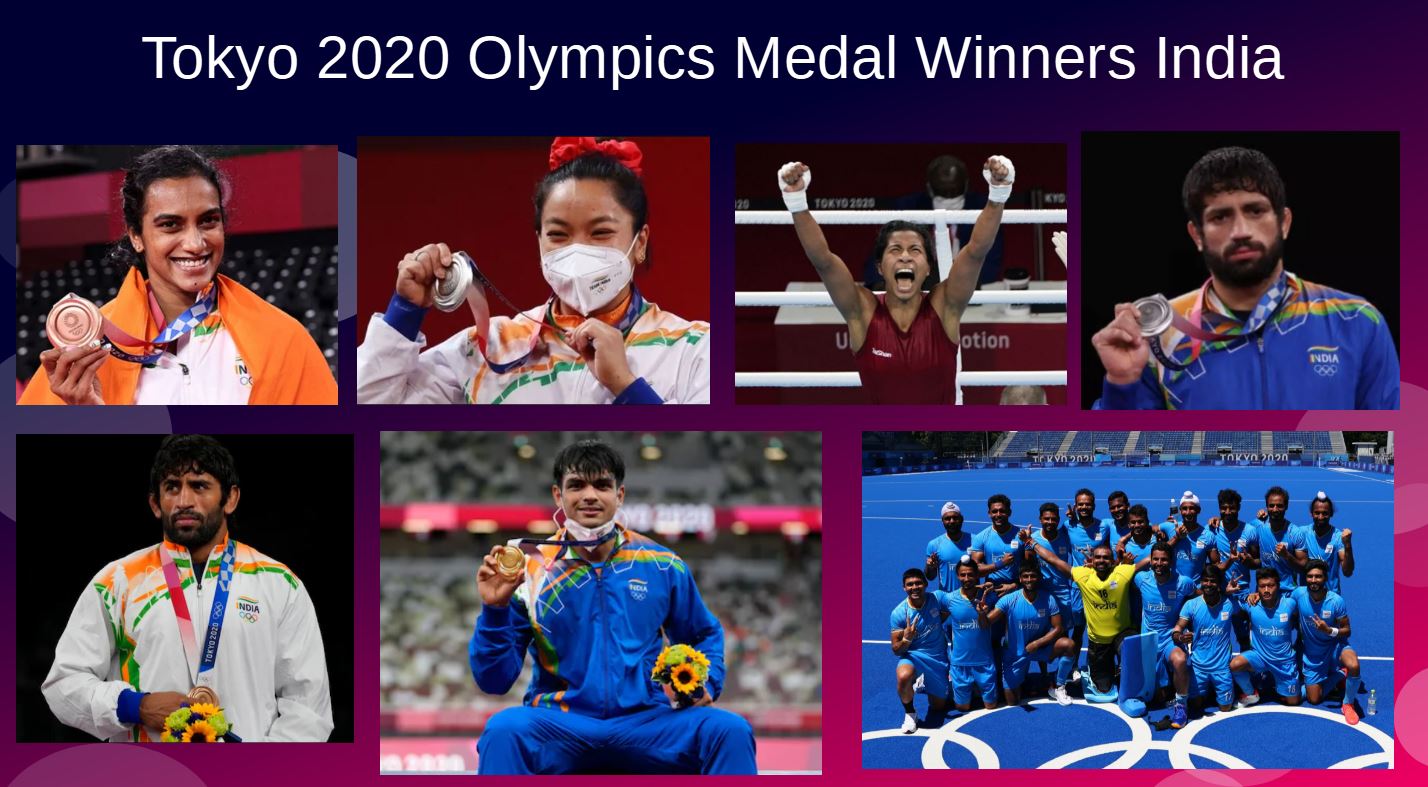 Indian athletes and sports persons have created history in Tokyo Olympics by winning 7 medals. Weightlifter Mirabai Chanu made India's debut in Tokyo Olympics with a silver medal, while javelin throw athlete Neeraj ended up with a golden finish. He became the first player in Indian athletic history to win a medal. This is also India's 7th medal in Tokyo. With this, India left behind its best performance of 6 medals in the London Olympics-2012.

3. Shuttler PV Sindhu: Sindhu won the bronze medal in the singles of women's badminton. She defeated He Bing Xiao of China 2-0. This was his record second medal at the Olympics.

5. Men's Hockey Team: India's men's hockey team defeated Germany 5-4 to win the historic bronze medal. This was the first time since 1980 that India has won a medal in hockey.