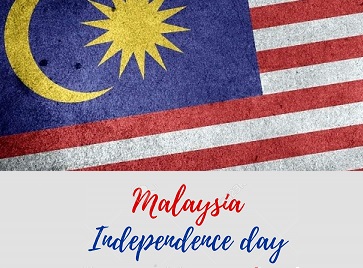 Malaysia Independence Day commemorates the independence of the Federation of Malaya from British colonial rule in 1957.

Malaysia was formed in 1963 when the former British colony of Singapore and the East Malaysian states of Sabah and Sarawak, joined the Federation of Malaya. This event is marked by Malaysia Day. Singapore left the federation in August 1965.

Malaysia's independence day is celebrated with a spirit of patriotism, office buildings, homes, and even vehicles proudly display the Malaysian flag. Also, other activities held during this period include stage shows, competitions, and exhibitions.

Indian Air Force to participate in 'LIMA 2019' in Malaysia

The rubber tree (Hevea brasiliensis) is indigenous to the tr...