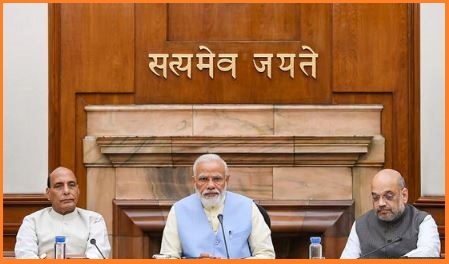 PM Narendra Modi and a total of 57 ministers took the oath of office and secrecy at a grand ceremony held at Rashtrapati Bhawan.

The Union Cabinet for the 17th Lok Sabha includes 24 cabinet ministers, 9 ministers of state with independent charge and 24 Ministers of State (MoS) and is termed as Modi 2.0 cabinet of ministers.

Coming in charge, Prime Minister Modi's Cabinet 2.0 first decision comes in the favor of Indian Armed forces by increasing the scholarship of the martyrs' children under National Defence Fund.

3. Children of state police jawans who are martyred in terror or Naxalite attacks also now have scholarships

Aim: NDF aims to receive voluntary donations for the promotion and welfare of the members of the Indian Armed Forces (including paramilitary forces) and their dependents.

Features: Under this, the purpose of PM Scholarship is to encourage widows and their children for technical and post-graduate education.

Donations to the National Defence Fund are 100% tax exempt.

Donations can be made through an online government portal (https://ndf.gov.in/)