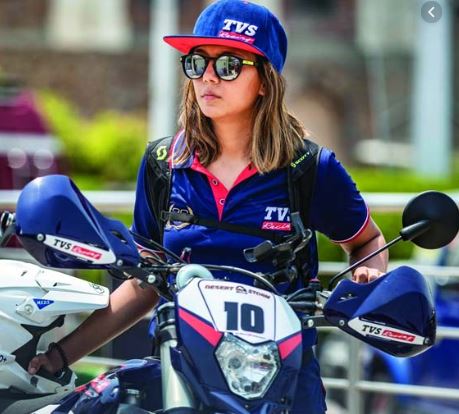 Aishwarya Pissay became the first Indian to win a world title in motorsports by winning FIM World Cup ( Fédération Internationale de Motocyclisme) in women’s category after the final round of the championship at Varpalota in Hungary.

Aishwarya Pissay (23-year old) hails from Bengaluru, who won the 1st round in Dubai and was placed 3rd (Portugal), 5th (Spain) and 4th (Hungary) in subsequent outings.

Aishwarya Pissay finally finished with a tally of 65 points, just 4 points ahead of Rita Vieira of Portugal in final overall standings for women and made history by becoming the first Indian to win a world title in motorsports.

Aishwarya Pissay was placed 2nd in the junior category with 46 points, behind championship winner Tomas de Gavardo of Chile with 60 points.

Going into Hungarian Baja, Aishwarya with 52 points and Vieira with 45 points were top contenders for World Cup. The 4th-place finish earned Aishwarya 13 points while Vieira, who was placed 3rd, garnered 16.