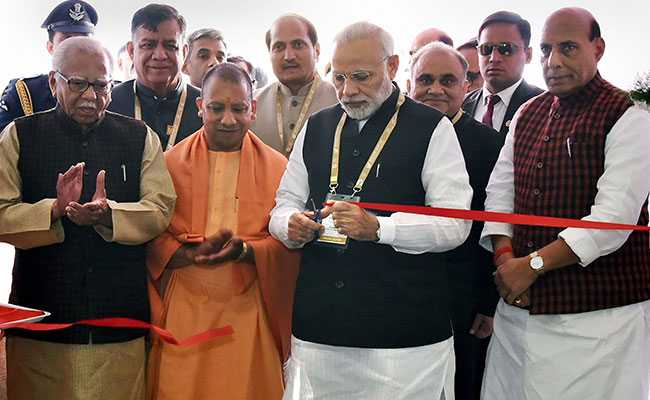 UP Investors Summit 2018 inaugural session showcased the business potential of the state. The event got attended by around 100 speakers and 18 Union Ministers includingYogi Adityanath, Rajnath Singh, Nitin Gadkari, Suresh Prabhu and Business leaders such as Mukesh Ambani, Gautam Adani, Kumar Mangalam Birla, Anand Mahindra and others.

PM Narendra Modi on the occasion, focused on the investment potential of the UP state, adding that it will deliver a “super hit” performance under the leadership of CM Yogi Adityanath.

UP Investors Summit 2018 in its inaugural day, acclaimed some huge investment laurels for the state

CM Yogi Adityanath proclaimed the signing of the 1,045 Memorandums of Understanding (MoUs) of worth Rs 4.28 lakh crores.

PM Narendra Modi also laid emphasis on the importance of UP state’s ‘One District-One Product’ policy. He said that the central government is keen to support the policy mainly through Skill India, Start-Up India and Pradhan Mantri Mudra Yojana.

PM Narendra Modi also launched ‘Nivesh Mitra’, an entrepreneur-friendly application to boost the ease of doing business in UP. The digital portal has features such as one payment gateway that will quicken digital clearances.