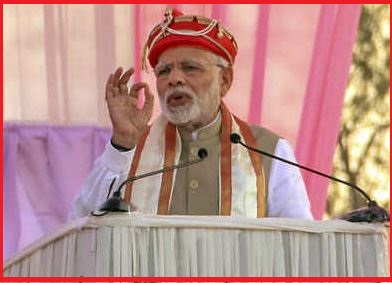 PM Modi came to mark the 75th anniversary of freedom fighter Subhas Chandra Bose's declaration of the formation of the Azad Hind Government in 1943.

PM Modi released a commemorative stamp, its first-day cover and a Rs.75 coin to mark this his historical day. He also renames 3 islands of Andaman And Nicobar.

PM Modi also inaugurated the ITI at Arong and the Modern Sports Complex at a public meeting at Car Nicobar. Later, he also visited the Cellular Jail in Port Blair and interacted with citizens of Car Nicobar.