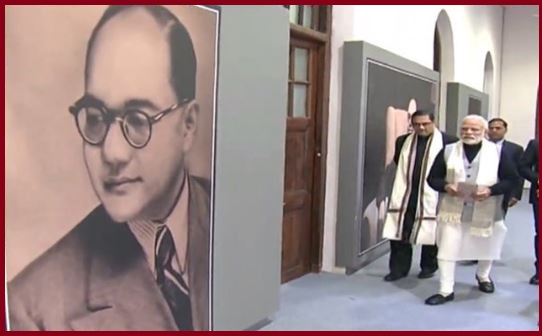 PM Narendra Modi had laid the Foundation stone of the Netaji Subhas Chandra Bose museum during the celebrations of the 75th anniversary of Azad Hind Government in October 2018.

PM Modi also visited the Yaad-e-Jallian Museum, which provides an authentic account of the Jallianwala Bagh massacre that happened on 13th April 1919 that showcases the heroism, valor, and sacrifices made by Indian soldiers during the World War-I.

PM Modi also visited the Museum on 1857- India's first war of Independence showcasing the bravery made by Indians during the period. The Prime Minister also visited Drishyakala-Museum on Indian Art which showcases artworks from 16th century till India's independence.

All these museums are located at the Red Fort. As a mark of respect to Netaji, the Centre has named Ross Island in the Andaman and Nicobar Islands as Netaji Subhas Chandra Bose Dweep. A hundred files related to Netaji have been declassified by the Government of India.