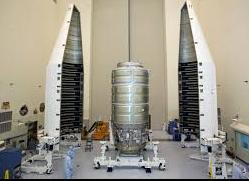 NASA will launch its commercial resupply mission to the International Space Mission on Sunday 16th October 2016.

It will be launched around 8:03 p.m. from NASA’s Wallops Flight Facility in Virginia and the launch will be live telecasted on NASA’s Television and on its Agency website beginning from 7 p.m.

On Saturday, the scientists and the researchers will also discuss its prelaunch and some of its investigations at 4 p.m.

At 6 p.m. the mission managers will provide the status and the overview of launch operations.

The chief of Wallops Range announced that the launch depends on the impact of storm has on not only their systems but also on their infrastructure.

After the storm, Wallops will conduct a damage assessment then will do testing and will bring the site backup to operational status.