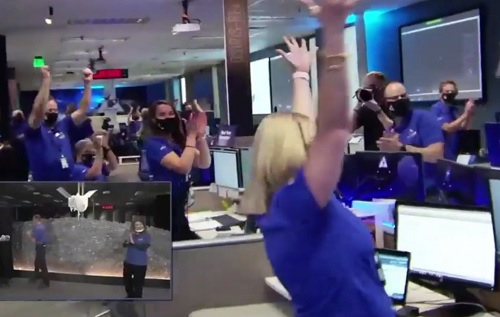 Touchdown declared! NASA's spacecraft OSIRIS-REx has made successful contact with the asteroid Bennu at a marked location crater Nightengale.

If Osiris-Rex successfully comes home in September 2023, it will have collected the largest sample returned from space since the Apollo era.

OSIRIS-REx has now grabbed a sample of the asteroid and will bring it back to Earth. Congratulations to all the amazing scientists involved in this historic moment - this is the first time NASA has landed on an asteroid.