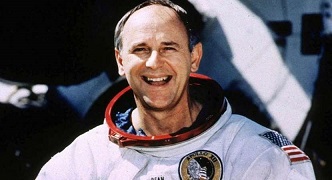 Former US Astronaut Alan Bean Passed Away At Age Of 86 Years- Profile, Work, Achievements, About

Former US astronaut Alan Bean, who was the fourth man to walk on the Moon passed away at the age of 86 years, in Texas, United States.

Alan Bean went into space twice, the first time in November 1969 as the lunar module pilot on the Apollo 12 moon-landing mission.

Alan Bean in 1973, was commander of the second crewed flight to Skylab- America's first space station.

Alan Bean retired from NASA in 1981 and carved a successful career as an artist.

Alan Bean's paintings, inspired by space travel, featured lunar boot prints as well as small pieces of his mission patches which were stained by Moondust.