Formation of National Assembly on June 17, 1789 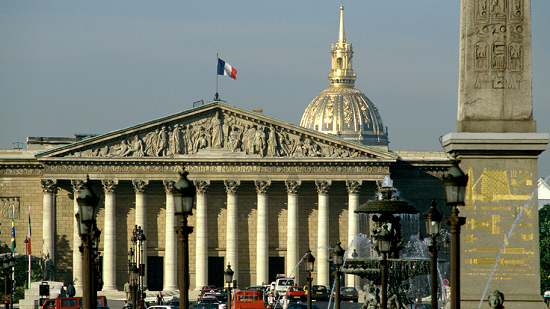 Formation of National Assembly on June 17, 1789, and the constitution of France.

Earlier each Estate had one vote and the king wanted to continue the same system. The members of the Third Estate demanded that vote must be taken by individuals and not by Estates or chambers.

If the vote was to be taken individually, the commons would command the majority and the government would be brought under popular control. Naturally, the king rejected the proposal.

By this title, the commons claimed the right to speak and act for the whole nation even though they were not supported by the First and the Second Estates.