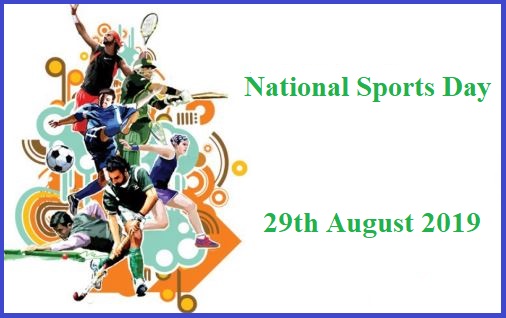 National Sports Day is celebrated every year on 29th August every year to commemorate the birth anniversary of India's legendary hockey player Dhyan Chand who was born on the same date: 29 August 1905.

Dhyan Chand was the famous hockey player who was born on 29 August 1905 in Allahabad, Uttar Pradesh. He is widely considered as the legendary field hockey player of all time.

Dhyan Chand had started playing hockey only after joining the Army at the age of 16 years.

Dhyan Chand was famously known as ‘The Wizard’ for his superb ball control and had scored more than 1000 goals during his international career.

Dhyan Chand is mostly remembered for his extraordinary goal-scoring feats, in addition to earning 3 Olympic gold medals in field hockey in 1928 (Amsterdam), 1932 (Los Angeles) and 1936 (Berlin).