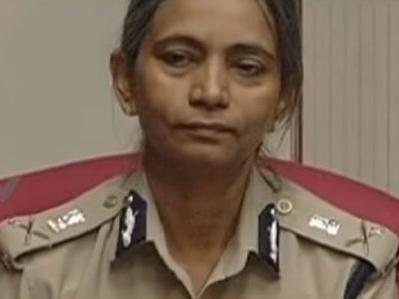 Neelamani N Raju is a 1983 batch Indian Police Service (IPS) officer belonging to Karnataka cadre. She is widely regarded as one of the most honest police officers of Karnataka in recent times.

Neelamani N Raju was born on 17th January 1960 in Rookey, Uttarakhand (India). She had compelled M.A. before going for UPSC Civil Services Examination. She also holds an MBA Degree.

Neelima N Raru is known for giving a new identity to police in India. Without compromising with law and order, she has always maintained a human face while working.

Previously, Neelamani N Raju was serving as the Director General of Police - Internal Security. In 1985 after her confirmation, she served as the SP of Bengaluru Rural district before being posted for central deputation in 1993.

Neelamani has served as the DGP of Fire and Emergency Services, Chief of Home Guards, Civil Defense and the State Disaster Response force in Karnataka.

Neelamani also served in the Intelligence Bureau as the Joint Director before returning to Karnataka in 2016. She served as Secretary in the embassy of India in Kathmandu, Nepal. She has worked for over 23 years in various central deputations like in Delhi as deputation etc.