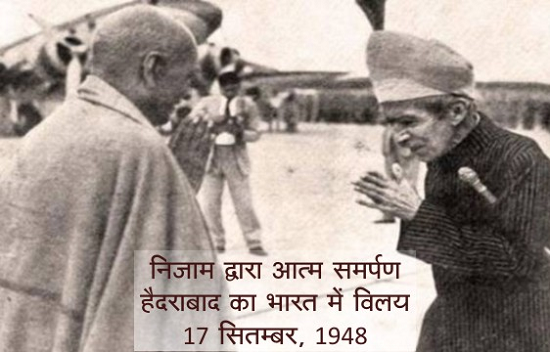 At the time of partition in 1947, the princely states of India, who in principle had self-government within their own territories, were subject to the subsidiary alliance with the British, giving them control of their external relations.

The unclear negotiations and rumors that Hyderabad was arming itself with support from the Portuguese administration in Goa and Pakistan, led to communal clashes and added to the tension.

The idea of Hyderabad arming itself aided by Pakistan did not go down well with the Indian Government.

Sardar Patel described the idea of an independent Hyderabad as an ulcer in the heart of India which needed to be removed surgically.

This was when talks between India and Hyderabad started and India decided to annex Hyderabad. This operation was named Operation Polo and it is also referred to as Operation Caterpillar at times.

Though it was only a five-day war that began on September 13 and lasted till September 18, it was significant as the Indian Army took over a powerful state and Hyderabad was attached to India.

A state of Emergency was declared when 36,000 Indian troops entered Hyderabad.