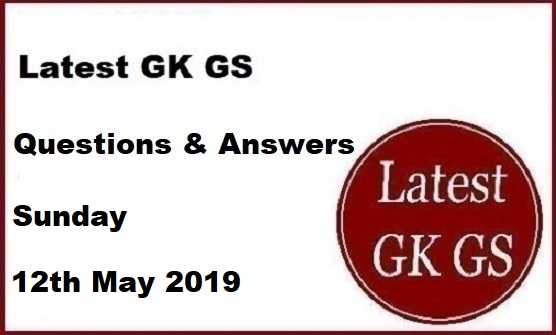 2.  IAF formally gets which first helicopter from the United States in May 2019?

4. What is the name of new species of Pit Viper found in Itanagar, Arunachal Pradesh?

5. What is the name of the microprocessor that IIT Bombay developed?

7. Where did Indian Navy undertake group sail exercise with Japan, Philippines, and the US?

8. Which Indian airport ranked among top 10 in the World-Survey by Air Help?

9. India gets its first ever ice cafe at which place?

Mother's Day 2018 Event to honour and respect a mother world...