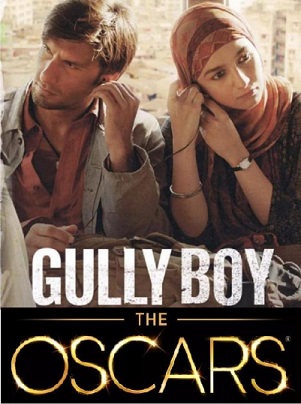 Bollywood Hindi movie Gully Boy has been nominated as India’s official entry to the Oscars 2020.

Gully Boy movie is a musical drama that revolves around a young man named Murad Ahmed from Mumbai who uses rap music to break free from his situations. Its box office collected was around 238.16 crore rupees.

The Academy Award was first held in 1929. Each year an Oscar statuette made of gold – plated bronze is awarded to the winners. However, today it is being made of nickel silver, plated in very little copper mixed in 24 – carat gold.

The name ‘Oscar’ was coined by the director of Academy of Motion Picture Arts and Sciences Margaret Herrick. The statue is 34.3 cm tall and weighs 3.856 kg. The model for the statue was a Mexican actor. It was sculpted by Cedric Gibbons.

» PM Narendra Modi to be honored for Swachh Bharat Abhiyaan