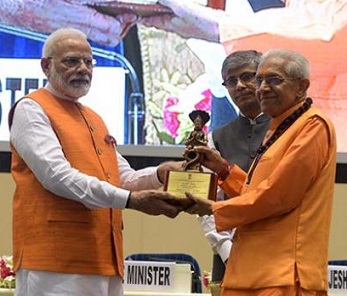 PM Narendra Modi presented Yoga awards 2019 to the winners of PM’s Award for Outstanding Contribution for Promotion and Development of Yoga at New Delhi.

Yoga awards 2019 were announced during the International Day of Yoga 2019 at Ranchi, Jharkhand along with the 2 winners of 2018 in an event organized by the Ministry of Ayurveda, Yoga & Naturopathy, Unani, Siddha and Homoeopathy (AYUSH).

The Yoga award winners will be felicitated with a Cash Award of Rs. 25 lakh, Trophy and a Certificate.