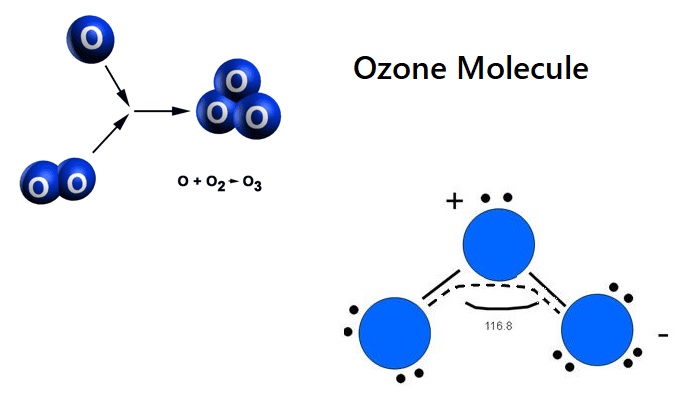 Earth's atmosphere is a layer of ozone in the stratosphere. It is a light blue gas. Its layer is generally found between the height of 10 kilometres to 50 kilometres above the surface.

Ozone is composed of three atoms of oxygen. It is also called O3. It is a highly reactive gas, its exact amount also affects the weather. It is found separately at different places in different places on Earth. Ozone is in the upper atmosphere of the Earth and at both the ground level. Depending on where it is found, ozone can be good or bad.

Naturally, this molecular oxygen is formed through the interactions of solar ultraviolet (UV) radiation with O2. That is, when the Sun's rays collide with oxygen from the atmosphere to the upper surface, some part of it gets converted into ozone by high energy disruption.

This gas acts as a good filter for ultraviolet rays coming out of the sun and prevents us from coming to these rays. Along with the electric spine of the electrification process, cloud, celestial electricity and the motors, the oxygen is converted into ozone.

Ozone protects against harmful UV radiation, but ozone at the grassroots is dangerous and causes pollution. Therefore it is also considered as a major air pollutant.

The atmosphere of the Earth, Structure, Composition, Layers,...