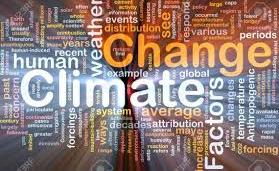 Paris Agreement is the world’s first complete plan for the climate change in order to reduce Global Warming.

The agreement determines to maintain the temperature rise below 2 degree Celsius for a cleaner source of energy.

India has agreed to ratify the agreement on 2nd October 2016, that is, the birth anniversary of Mahatma Gandhi.

Paris Agreement to be enforceable after the acceptance of 55 countries

The treaty will be enforceable when 55 countries contributing to 55% of the total world's Greenhouse Gases to ratify the agreement.

This agreement is within the UNFCCC (United Nations Framework Convention on Climate Change) Framework.

This agreement was adopted on 12th December 2015 in New York where India signed the treaty on 22nd April 2016.

Several other countries like China and United States have confirmed to ratify the agreement and make a climate change as a result to reduce Global Warming.

Paris Agreement results India at 20th position in the World

According to latest Climate Change Performance Index 2017, I...

United Nations announces the date for imposition of Paris Ag...