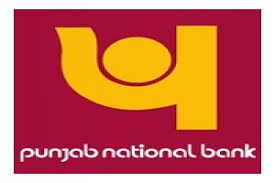 PNB bank on the occasion unveiled new products & services such as pre-approved credit card and UPI solution to mark its 124th foundation day.

Punjab National Bank was the first swadeshi bank of India, established on 19th May 1894 and commenced its operations on 12th April 1895 from Lahore (British India).

On 31st March 1947, the headquarter of the PNB bank was migrated to the registered office of the Bank to Delhi

The idea of a national bank of our own country (India + Pakistan) was first given by Rai Mool Raj of Arya Samaj who, as reported by Lala Lajpat Rai.

PNB was founded by Dayal Singh Majithia who also served as the first chairman of the bank.Its first Secretary to the Board was Lala Harkishan Lal.

PNB Tagline: The Name you can bank upon.

PNB Mission: Creating Value for all its customers, Investors and Employees for being the first choice for all stakeholders.

PNB Vision: To position PNB as the `Most Preferred Bank` for customers, the `Best Place to Work In` for employees and a `Benchmark of Excellence` for the industry.