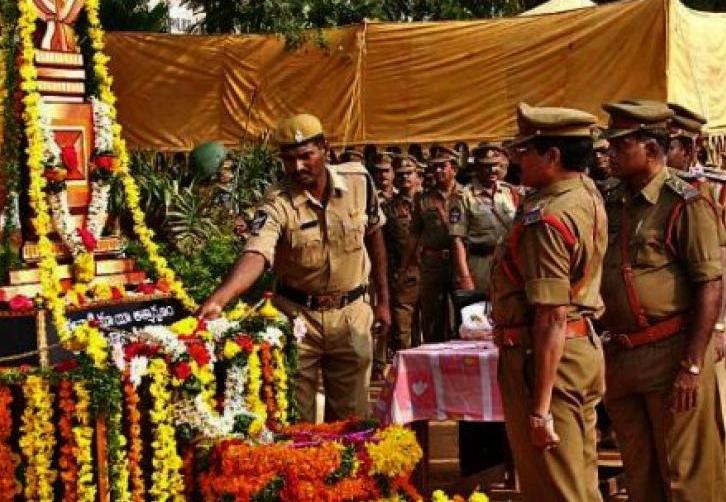 The day pays tribute to ten policemen who parted with their lives while guarding against our borders with China in 1959.

Annual Conference of Inspectors General of Police of States and UT in January, 1960 pronounced to observe this day every year.

The day marks the memory of the gallant personnel who were put to death in Ladakh and entire Police personnel killed on duty amid the year.

On October 20, 1959, mid day, Chinese Army personnel openly fired and threw 3 grenades at party led by Shri Karam Singh, ten were died and 7 were taken prisoners by Chinese and rest managed to escape.

Bodies of 10 martyrs were returned after 3 weeks on 13 November, 1959, which were incinerated with full police honors at Hot Springs.

A memorial is erected at Hot Spring and since 2012, this day Police Commemoration Day Parade is held at national level at Police Memorial, Chanakyapuri.

» Jammu-Kashmir to deploy special forces in crowded area for peace