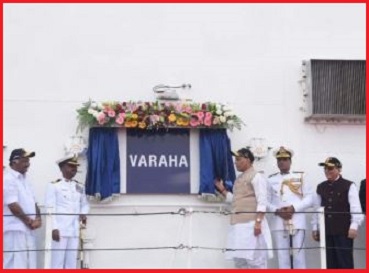 ICGS Varaha is the state-of-the-art ship has the capabilities to operate twin-engine ALH Helicopter developed indigenously by HAL.

ICGS Varaha is the fourth in the series of 98 M OPVs designed and built indigenously by Larsen & Toubro (L&T).

ICGS Varaha is fitted with advanced technology navigation and communication equipment, sensor and machinery. Its weaponry includes one 30 mm and two 12.7 mm guns with the fire control system. It has been designed to attain a maximum speed of 26 knots and has the endurance of 5,000 nautical miles.