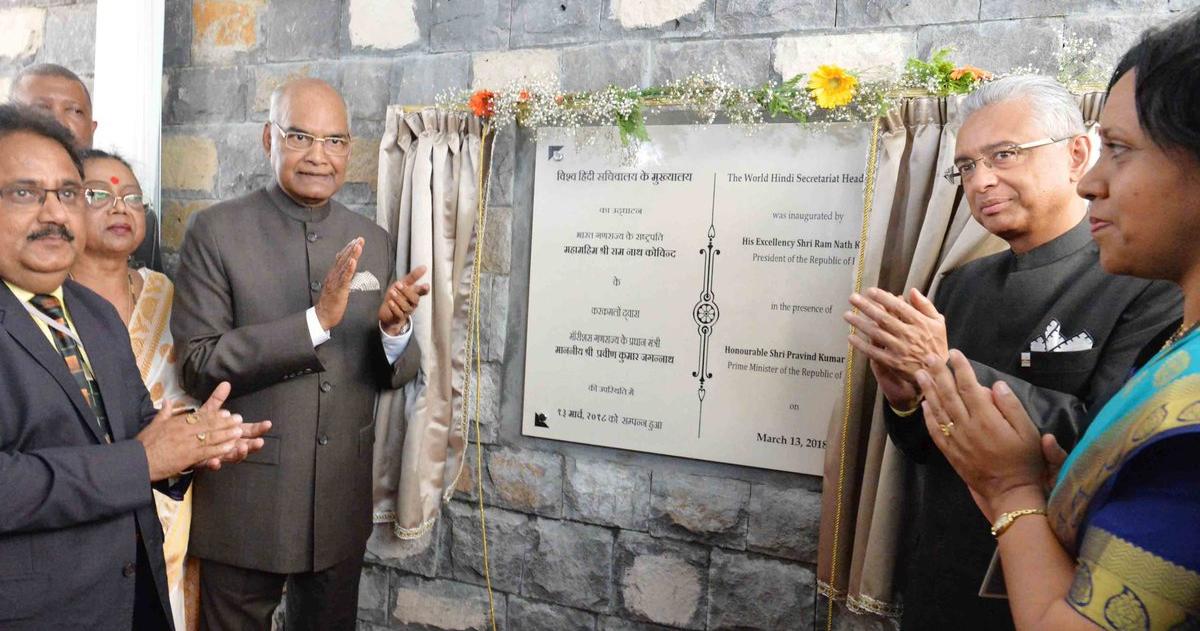 The World Hindi Secretariat is fully financed by Government of India and allocated a grant of Rs. 33 crore. The government of Mauritius has provided the land for construction of the Secretariat2 building.

The World Hindi Secretariat foundation stone was laid by the Prime Minister of India, Narendra Modi during his state visit to Mauritius in the year 2015.

The World Hindi Secretariat main aim is to present Hindi as common man’s language, Janbhasha, in front of the world. As the Hindi language has played an important role in culture and society building in both India and Mauritius. Indians resident in Mauritius has played a huge role in the spread of Hindi.

President of India, Ram Nath Kovind visited Mauritius as part of the first leg to his two-nation state visit of Mauritius and Madagascar. With his visit to Madagascar, he became the first Indian President to visit Madagascar.