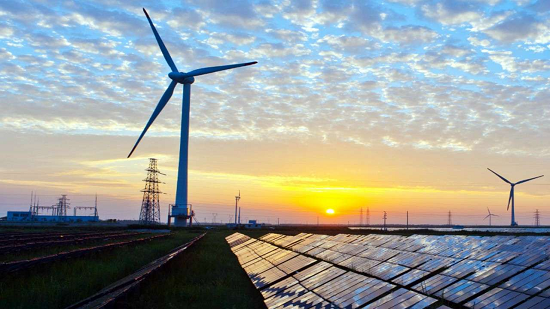 The sources are included in the renewable sources of energy which are eligible to be used again once used. Renewable Energy / Renewable Energy Sources; Sun Energy, Hydroelectric Energy, Geothermal Energy and Biomass (It contains ethanol, biodiesel).

2. In the case of total installed wind power capacity, India is at fourth place in the world.

3. January to November 2017; India has produced about 12 GW of electricity from renewable sources.

4. India currently has the capacity to generate 58.30 gigawatts of renewable sources, which is about 18.5% of India's total energy production.

5. India's total solar power generation capacity is expected to be 8% of global solar capacity by 2035.

Union Ministry of New and Renewable Energy Conferred Skoch A...

21 IORA Member Countries adopted the Delhi Declaration on Re...

About Sustainable Alternative towards Affordable Transportat...