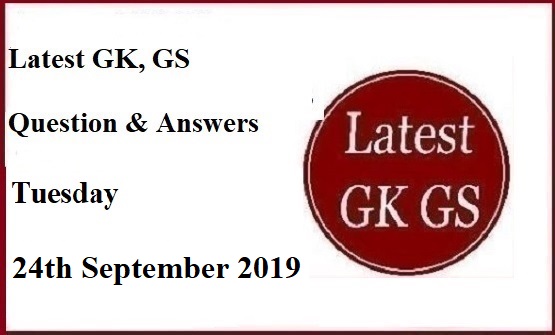 1. Which Bollywood movie is nominated as India’s official entry to Oscars 2020?

2.  Which India-US Tri-Services exercise is scheduled to be held in November 2019?

3. Which Indian wrestlers pulled out of his title bout due to injury at the World Wrestling Championships 2019?

4. Who proposed the idea of multipurpose ID card??

6. Which nation has cut off power to parts of West Bank?

7. Which travel giant company collapsed recently due to bankruptcy?

8. Which series has recently won ‘Outstanding Drama Series Award’ in Emmys this year??

Ans: Game of Thrones (GoT)

9. Who recently created history by winning a silver medal in the World Boxing Championship 2019?

10. When is the International Day of Sign Languages observed globally?