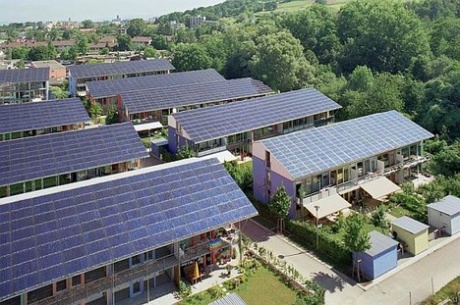 Minister of State for Power & New and Renewable Energy, R K Singh on 6th February 2018 informed that the master plans of 49 Solar Cities have been prepared.

R K Singh further added the Stake-holders Committees have been constituted in 21 Cities and Solar City Cells have been created in 37 Solar Cities.

R K Singh also informed that “Development of Solar Cities” scheme has been released with Rs. 25.92 crore s and Rs. 101.64 crores have been sanctioned in total.

Development of Solar Cities Scheme focuses at reducing minimum 10% in projected demand of conventional energy at the end of five years, through a combination of enhancing supply from renewable energy sources in the city and energy efficiency measures.

Under the scheme, local Governments are motivated for adopting renewable energy technologies and energy efficiency measures. Solar City developed under this scheme will have all types of renewable energy based projects like solar, wind, biomass, small hydro, and waste to energy.

IEA Report: Second Largest Solar Market to be in INDIA

The solar energy and its conversion into electricity, detail...