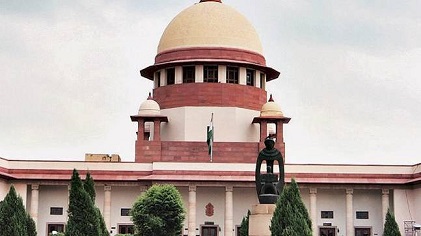 The Supreme Court on 24th August 2018, turned down the pleas aiming cancellation of elections to over 20,000 uncontested local body seats in West Bengal.

The Supreme Court was hearing pleas by parties like the CPI (M) and the BJP alleging that candidates from ruling All India Trinamool Congress were only allowed to file nomination papers.

The Supreme Court held that the limitation period of 30 days for filing the election petitions would commence from the date of notification of panchayat poll results.

Elections were held in phases for 48,650 posts in Gram Panchayats, 825 posts in Zilla Parishads and 9,217 posts in Panchayat Samitis in West Bengal.  It has been alleged that around 34 percent seats were uncontested. All these uncontested seats were won unopposed by candidates of the ruling Trinamool Congress.

» No political party to ask for votes in terms of caste, religion