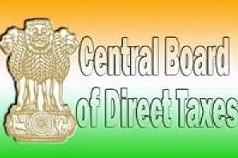 The Government of India has appointed Sushil Chandra, Indian Revenue Officer as the chairman of Central Board of Direct taxes.

Central Board of Direct Taxes is the policy making body which frames different policies regarding direct taxes.

The bifurcation of the two customs was brought about by the Central Board of Revenue Act, 1963.

Sushil Chandra worked as a member of CBDT

Sushil Chandra was working as a CBDT member and prior to him was the Chairman and the other five members.

In CBDT, there is a chairman and six members which include Income-Tax, Legislation and Computerisation, Personnel and Vigilance, Investigation, Revenue and Audit and Jurisdiction.