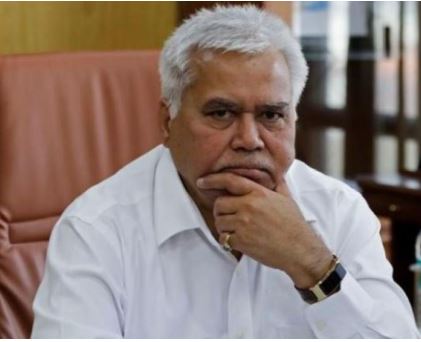 The Appointments Committee of the Cabinet (ACC) has approved the reappointment of Ram Sewak Sharma as chairperson of Telecom Regulatory Authority of India (TRAI) for the further period beyond August 2018 upto September 2020, i.e. the date on which he attains an age of 65 years.

Ram Sewak Sharma was in July 2015, named as TRAI chief for the period of three-years.

Ram Sewak Sharma born on 1955, is a 1982 batch (retired) IAS officer of Jharkhand cadre. Prior to his appointment as TRAI chairman, he had worked in various government departments particularly dealing with IT-enabled programmes.

In 1986, he wrote a program in DBASE which is a programming language that would keep a record of all stolen firearms in the crime-prone district.

Ram Sewak Sharma has worked as Chief Secretary of Jharkhand government and had worked in the Department of Economic. He has also successfully led the Financing of Infrastructure projects.

Ram Sewak Sharma got the Prime Minister’s Award for Excellence in Public Administration in the year 2008.

TRAI is an independent regulator of the telecommunications business in India. It was established in 1997 through Telecom Regulatory Authority of India Act, 1997.

TRAI also fixes or revises the tariffs for telecom services in India. It also provides a fair and transparent environment that promotes level playing field and facilitates fair competition in the market.

Central Equipment Identity Register (CEIR) is a database of ...