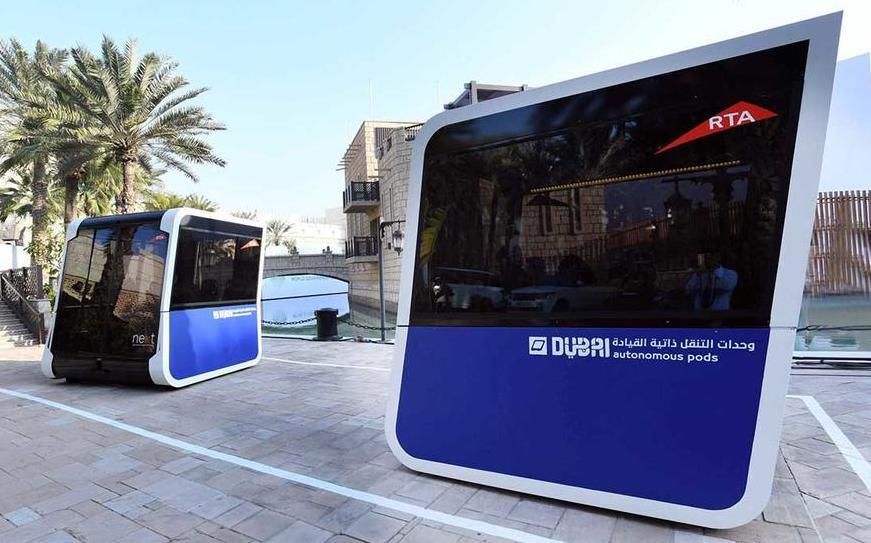 Dubai the largest and busy city in the United Arab Emirates (UAE) unveiled the first tests of the world’s first autonomous pods at the World Government Summit on 11th February 2018.

The Autonomous Pods launch was made by Dubai's Roads and Transport Authority (RTA) in cooperation with Next Future Transportation Inc. a U.S based company.

The Autonomous Pods are developed and designed to travel short and medium distances in dedicated lanes. They can be coupled together or can be detached within 15 seconds considering on the riders' destination - in 5 seconds. It will also ensure safe and economical rides.

The Autonomous Pods are equipped each with HD cameras and electromechanical technologies to enable the coupling and detaching, which can be activated even if the pods are in motion.

The Autonomous Pod is also attached to a battery that supports 3 hours of operation and can be charged in just six hours.

As per RTA officials, the pods form part of Dubai's larger strategy of making 25% of all journeys in Dubai autonomous by 2030.

UAE after 6 years of suspension, reopens its embassy in Syria

UAE after 6 years of suspension reopens its embassy in Syria...