The first waterway port in India to start in Varanasi, know about all the waterways 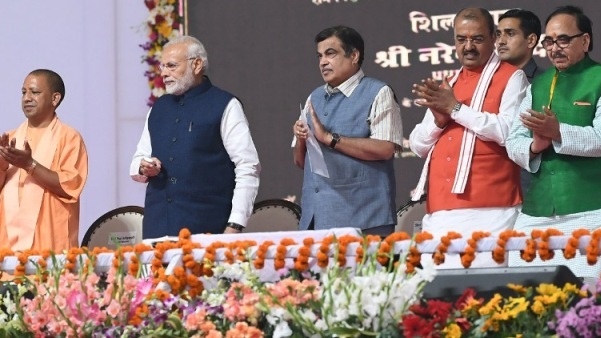 The first waterway port in India to start in Varanasi, know about all the waterways.

In his parliamentary constituency, Varanasi, the Prime Minister also addressed the public meeting organized after inaugurating and laying the foundation of projects worth Rs. 2413 crores, including the first multi-model terminal of the country.

This waterway has been built on Varanasi-Haldia road.

The operation of the vessel has started from Bengal to Varanasi in the Ganga river. For the first time in independent India, a container has reached Varanasi from Kolkata via the Ganges.

PepsiCo Company brought its 16 containers from Kolkata to Varanasi via the ships MV RN Tagore via Ganga river.

These containers came in through Inland Water Highway 1 through two ships, which were dispatched from Kolkata on October 30.

This ship MV RN Tagore will return to Kolkata from Varanasi after taking the fertilizer of the IFFCO company.

This terminal is being developed on NH-1 between Haldia-Varanasi.

The movement of large vessels from 1500 to 2000 tons through this terminal would also be possible.